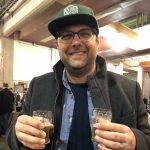 I’ve been brewing off and on since 2008, ever since my wife Jen (another BAM member) bought me a Mr Beer kit for christmas. I joined BAM in 2015 so I could meet other brewers and improve my beer. Thanks to BAM, I was able to take Robert Ayasse’s fantastic BJCP class and pass the test to become a judge! My brewing highlight was when I used tips and tricks learned from BAM members to clone my wife’s favorite beer!

I have been brewing now for over a decade. After about 5 years of isolated brewing from kits, my move up to Oakland introduced me to other homebrewers through membership with BAM, and everything has improved since: full-volume boil, all mash, recipe development, water chemistry, etc. Now I am a certified BJCP beer judge and am fascinated by all the beer style categories and their respective histories. Over time I intend to brew every style, but in 2018 I’ve been focusing on Weissbier, Dark Mild, and Pilsners. As your Style of the Quarter Coordinator, I want to encourage all you in the wonders of tackling some new styles!

I’ve been brewing on small apartment stovetops since 2012. I joined BAM in 2015 after moving to Berkeley and have made new friends and learned much with this great group of brewers. I enjoy taking biking tours of regional breweries, pub trivia nights, and brewing beer! I’ve since become a beer judge through the club’s BJCP class and urge anyone with the interest to educate themselves and become part of the community. 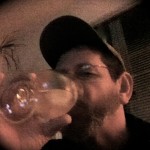 I started brewing when I was in college. My older brother was taking a graduate level chemistry class at Portland State “ Chemistry of Winemaking”. One section of the class involved the chemical processes of making beer. I borrowed the recipe that was the class assignment for that section and made a batch of beer to give to friends and family for Christmas. I designed and printed labels for the bottles. It was a pretty successful present so I started brewing on a regular basis. As can happen with hobbies, I got very involved in the process and 40 years later I’m still brewing.

I’ve been homebrewing on and off since 1995. Moved from extract to all-grain after several years. I took and passed the BJCP exam in 2011, having prepped for it with a class run by fellow BAM member, the late great Lee Shepard.
I’ve yet to do a lager, which is still a goal I have. I grow some hops in my backyard, and especially enjoy making (and drinking !) Belgian ales, Scotch ales, porters, stouts, wheat beers, and bitters. Am not a huge IPA fan, but like a well-made one every now and then.
Happy to be a part of BAM – a great homebrewing club with fellow members that are a great source of information, ideas, inspiration – and beer to share ! 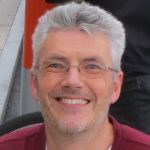 I started brewing after my partner gave me the Oak Barrel starter kit for my 50th birthday. One bespoke brew station, two kettles, three freezers, four fermentors, and a dozen corny kegs later I’m doing my best to keep us in beer. I use brew-in-a-bag for dual-batch 15-gallon brew days, and like brewing for – and serving at – events. I’m trying to develop my beer palate, and have really enjoyed Robert’s BJCP training (sadly truncated by the pandemic) and the virtual tastings. 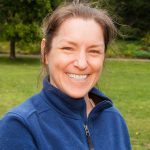 I enjoy drinking craft brew, but it was my partner who introduced me to home brewing. I’ve brewed a few beers myself, but these days I spend more time tasting and exploring different beer styles. I enjoy traveling and have sampled local brews in 20+ states and twelve foreign countries. Most memorable: Herbert B Friendly (Renton, Wa) (RIP), Doc’s Cellar (San Luis Obispo, Ca), the Beer Museum (Brussels), Brussels Beer Project, Smith Street Taps (Singapore), and Devilcraft Kanda (Tokyo) where the owner explained that they would like to add more tanks but the only available space was on the top floor and this was probably not a good idea in earthquake country.
Preferred beers: red ales, brown ales, scotch or scottish ales, wheat beers, sours, saisons, gose, barrel aged, anything Belgian. Enjoy balanced flavors, not into death by hops. 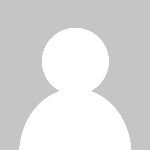 Greg first started homebrewing years ago, then fell out of it for a while to the point where the 50 gallon fermenter was used as a dirty clothes hamper. In 2018 he rediscovered it as a result of traveling and being reminded of all the wonderful things the world of brewing has to offer. Now he has semi-regular “Brew Sundays” where friends gather in the side yard to sip a few and pass the time watching water boil, and scours Craigslist to the point that the storage shelves are piled high with second hand carboys, corny kegs, bottle cappers, and more. Each brew day brings a little tinkering, adjusting temperature, time, hops, yeast, or tweaking milling or sparging. Most recently he has been trying his hand at less common styles including milk stouts, scotch ales, and kentucky commons. His favorite style is hoppy IPAs. 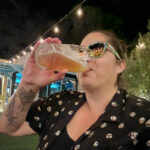 My love for craft beer and cider started back in 2008 when I went to my first Craft Beer Festival. From there it expanded into seeking out breweries and other festivals around the bay and when traveling. I became more involved in the homebrew community during the pandemic, when my husband (Danny) got back into homebrewing. My first event as a BAM member was the 2021 World Cup of Beer Comp, where I volunteered as a Steward and I fell in love with the social aspect of the club. 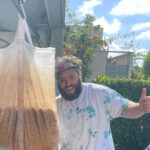 Style of the Quarter Coordinator

In 2009 I started brewing with my good friend Christine. We did one extract batch and then moved straight to all-grain. We started out brewing in her back yard in SF and then moved to my back yard when I moved to the East Bay. I like IPAs, Belgians, Saisons, Weissbiers, Barleywines, Bocks, Imperial Stouts and am working at getting into other styles all the time. I joined BAM in 2011 and started to see how other people brew. I make 10 gallon batches in 3 gravity fed keggles with a single propane burner. I keg into Corny kegs and fit 4 in my Keezer. I use pool water to cool my wort with a sump pump. I’ve got about 10 hop plants in the back yard but haven’t brewed with their harvest yet. 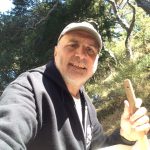 I started brewing in 1986 with the goal of making something as good as Sierra Nevada Pale Ale. My tastes and brewing repertoire have expanded since then, but I still ferment in 6 gallon glass carboys because I like to watch the yeast boil. I moved from the stove top to a mega BTU outdoor burner in 2008, but that’s about it for technology.

Studying for and earning my certification as a BJCP judge in 2011 has improved my beer and appreciation of it. I am happy to help others develop their tasting and brewing skills. 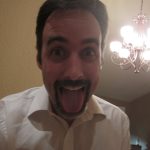 I have been brewing since 2015 and enjoy the process and usually enjoy the results. I have enjoyed perfecting my sanitation practices focusing on pale ales and am starting to explore the immense world of beer styles that are hard to find in the bay area such as weisbier. Getting involved with the Bay Area Mashers has been a tremendous help talking with more experienced brewers and sampling some great beers has given me motivation to keep pushing my brewing to a higher level. 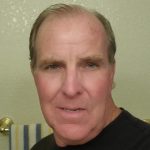 I’m the sole proprietor of Happy Girl Brewing. A sign I made that hangs in my garage brewery has the tag line “Excellence since 2017,” and that says all you need to know about my depth of experience.
My wife Diana gave me a gift certificate for a learn to brew class in April 2017, and it was all downhill from there. Fortunately, she’s been pretty supportive of my subsequent misuse of time and treasure. My leading theory for this is that she considers it less dangerous than some of my alternatives.
The brewing process scratches a “geek itch” that I get from certain activities. The potential to learn and improve is endless. In the Bay Area Mashers, I’ve been happy to find a really diverse group of kindred spirits who share this thing I’ve contracted. 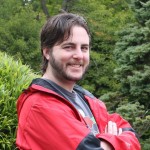 I’ve been brewing beer and making wine since 2011. These days I brew all-
grain on my gas kitchen stove with electric RIMS for mashing. I have two 10
gallon kettles (HLT and Boil Kettle) and one 15 gallon kettle (Mash Tun), which
allows me to do 11 gallon partigyle batches. I usually brew Belgian styles,
hoppy beers, and sours, but I will brew any ale if the inspiration strikes me.

Officers hold their position for a twelve month period, until a meeting to elect
new officers is held.

Typically, this includes the annual multi-club picnic in August, a few club
brewout gatherings, the December holiday party, and whatever other gatherings
outside of the regular club meetings sound good.

Style of the Quarter Coordinator

Knowledge of web design, HTML, and WordPress are good but not necessarily
crucial, as well as a desire to add new functionality to the website as needed.